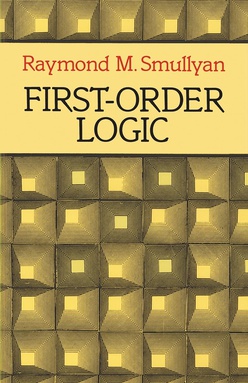 This completely self-contained study, widely considered the best book in the field, is intended to serve both as an introduction to quantification theory and as an exposition of new results and techniques in "analytic" or "cut-free" methods. Impressed by the simplicity and mathematical elegance of the tableau point of view, the author focuses on it here.

After preliminary material on tress (necessary for the tableau method), Part I deals with propositional logic from the viewpoint of analytic tableaux, covering such topics as formulas or propositional logic, Boolean valuations and truth sets, the method of tableaux and compactness.

Raymond M. Smullyan is a well-known logician and inventor of mathematical and logical puzzles. In this book he has written a stimulating and challenging exposition of first-order logic that will be welcomed by logicians, mathematicians, and anyone interested in the field.